Ever Morataya brings over a decade of professional coaching experience to Beach FC, and has established himself as an elite level boys coach in Southern California.

Ever coaches two of our Boys ECNL teams — which represent the top level of boys competition at Beach — and his squads have quickly accumulated numerous championships, finalist appearances, and semi-finalist appearances in the most prestigious competitions — most notably, his B02s won the 2019 Boys ENPL national championship in Colorado. He has developed players who earned roster spots at NCAA Division I, II, and III programs, as well as places in local MLS academies.

Additionally, Ever is a scout for the US Soccer Youth National teams, and a coaching staff member and scout for US Club Soccer’s id2 program. He coached the West Region All-Star team in the ICC Futures tournament, which draws academy teams from across the world including Barcelona, Arsenal, Atletico Madrid, and more. The team included the top Boys ECNL players from the western region of the United States.

Previously, Ever served as an Assistant Coach at El Camino Community College. He provides coaching and academic guidance to both the men’s and women’s programs. He helped guide the men’s team to a 2014 South Coast Conference championship and three consecutive trips to the postseason. He served as Director of Soccer Operations to the LMU Men’s team in 2018. He also worked as an assistant coach at CSU Dominguez Hills, which won the 2017 CCAA Conference and advanced to the second round of NCAA West Regionals.

From 2012–2015, Ever served as the head coach of the Los Angeles Misioneros, which competes in the Player Development League (PDL). He led the team to its first postseason berth, its best season start, and a second-place finish in the Southwest Division in 2014. His time in the PDL allowed him to develop current professional and international players in both North America and Europe.

From 2010–2014, Ever coached at Junipero Serra High School, winning two league titles and building strong JV and Varsity programs and sending numerous players to all levels of college competition.

Ever completed his Master’s in Kinesiology from Fresno Pacific in 2017, after a Bachelor’s in Physical Education from CSUDH in 2015 and an Associate’s degree in Computer Networking and Technology from Platt College in 2002. 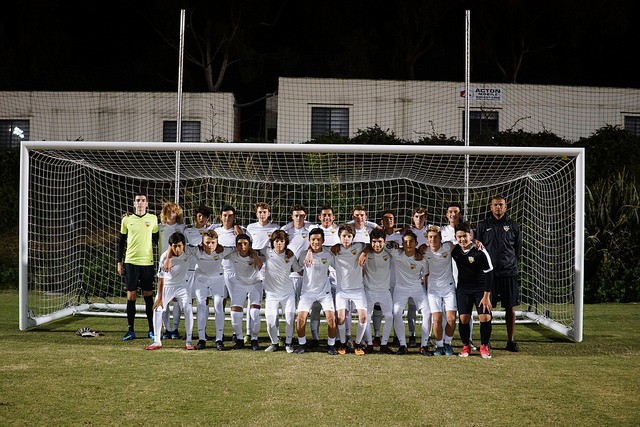