It’s a warm September afternoon in Lincoln, Nebraska. Sami Reinhard laces up her shoes and steps onto the pitch for today’s session — the way she’s done thousands of times.

Training has been a constant in her life — from the early days of Long Beach Soccer Club becoming Beach Futbol Club, through her teenage years on elite teams, and then to Big 10 soccer at the University of Nebraska. But this afternoon, Sami isn’t on the pitch as a player.

A year ago, the idea of coaching a college men’s team would have sounded dubious at best. But soccer has given her as many unlikely moments as great ones — and it’s given her many great ones. To understand, you have to go back to the beginning.

“It felt the way a club should feel”

Long Beach Soccer Club had committed families and some strong players — including a middle school-aged Sami — but the club was struggling. In one year, Sami remembers having six coaches. “Most players at that time went toward the South Bay or Orange County if they wanted to develop. But for me, Long Beach is where I was born and raised, so I wanted to stay.”

Without change, folding seemed inevitable. To help start a new chapter, the club hired Mauricio Ingrassia, who is still at Beach today as Club Director.

“It felt like a club should feel,” she says after a moment of reflection. “Mauricio definitely brought structure.” 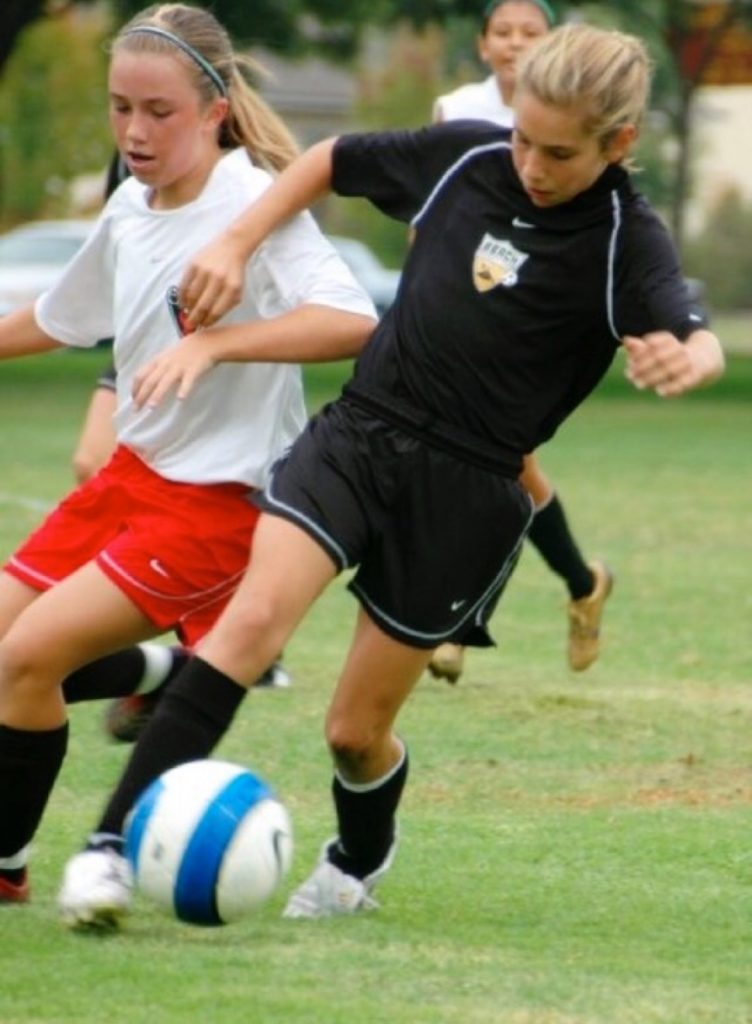 LBSC became Beach FC, and as the experience and results improved, so did the overall talent level.  “Mauricio called and asked me, ‘do you want to win a national championship?’ I thought, ‘ok, duh, yes.’”  Beach started putting together teams that were contenders, and the G95 age group was the first Beach team to make regionals in 2011-2012.  For the 2013-2014 season, winning it all became their goal. A talented roster was assembled, and Sami knew they would be good. The playing style was changing to the “Beach” way of playing that is widely recognized today.

The team was good. But few realized how good they would become.

Union College was founded in Lincoln, Nebraska in September, 1891. Earlier that year, the new penalty spot kick rule had been implemented for “association football.” The small Midwest school slowly but surely made strides toward its vision of offering a quality, diverse educational experience in a spiritual setting. In 2018, the resources and vision were in place to start a soccer team.

The first day of tryouts, Sami recalls a big surprise. “We sent them on a warm-up lap, and by the end of it, two of the guys threw up,” she recounts with disbelief. Developing a competitive team at Union would be a process.

Trusting the process is a familiar theme for Sami’s career.

National Champions — “It was really cool”

“Taking nothing away from my time at Nebraska, [that Beach FC team] was the most fun I’ve ever had in soccer. That last year of club, we were so close, so determined. And the team was so good. Parents on the other teams would complain that their team wasn’t touching the ball.”

Their quality took them further than any of them had ever been — to the US Youth Soccer National Championships. It was a daunting “first.” No one had heard of Beach FC. The girls had never been to a tournament this big.

“We had no idea what to expect,” Sami remembers. “But we knew it was different because right away, we were given lanyards and tags.” They would also be given tougher competition, on a bigger platform, than ever before. The night before the first match, Mauricio took the team to the fields to visualize the next day.

It must have worked. The team played lights-out soccer. 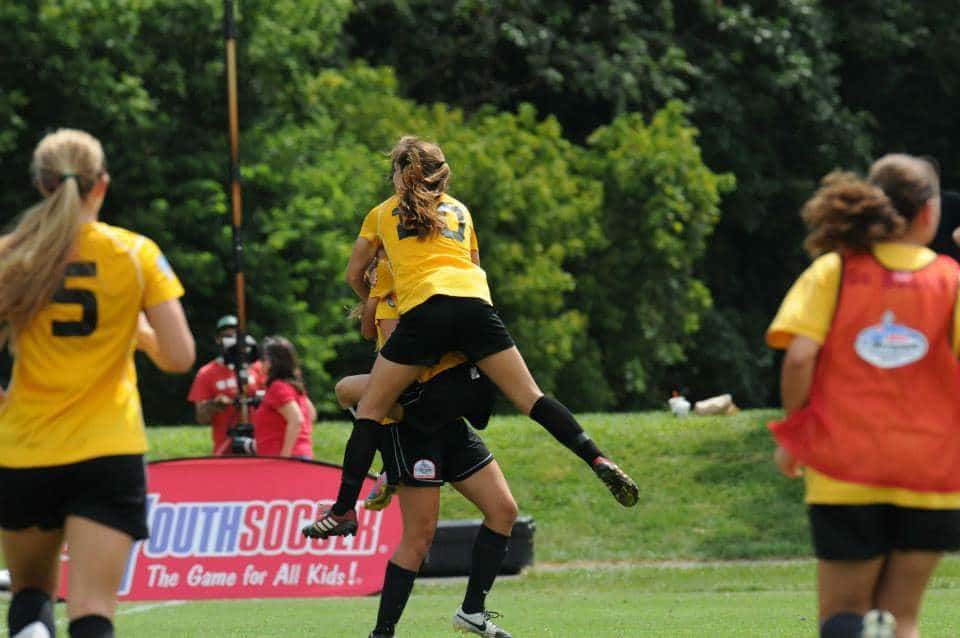 Going into the finals against defending champion Cleveland United White, Beach 96 Ingrassia had scored 11 and conceded none. After a scoreless first half, Ashley Gonzales broke the deadlock with a goal in the 72nd minute, and added the insurance goal in the 89th.

Sami remembers how special it was to share that achievement with lifelong teammate Katie Pratt-Thompson. The two had been together since their first Long Beach Soccer Club team.

“When the final whistle blew, the whole team runs and dog piles,” Sami says. “But Katie and I just ran up to each other and started bawling. To think what we started with, and thinking ‘we’ll never make it to something like that…’” She pauses, and then adds, simply, “It was really cool.”

From the Beach to the Plains: Nebraska Soccer

Sami’s team won the national championship on a Sunday, and she was in Nebraska for her first day of college soccer the following Tuesday.

“The whole team had been there since early June, so nearly two months. I was the girl who chose her club team over college!” she chuckles. “But the transition ended up being fine.”

Sami loved her time at Nebraska. “My four years as a Husker were amazing. The competition was strong every single match.” She earned playing time right away, and her junior year the team made it to the round of 16 in the national tournament before losing to UCLA.

Despite the success, Sami remembers another unlikely moment: when she realized her playing days were coming to an end. She still loved the game, and there were post-college opportunities to pursue, but she knew it was time to transition.

Falling in Love with the Game All Over Again

Which brings us back to the first day of tryouts at Union. Weeks before, a friend from Union asked her for recommendations on soccer gear. The school was starting a soccer program, and her friend wanted to be a part. Sami asked about coaching needs, and her friend connected her with the head coach.

The initial conversation went well, but ended with a surprise. “There will be about 15 guys at tryouts.”

“Wait… guys?” Yes, the coach explained, this is a men’s team. There’s no women’s team yet.

“I immediately withdrew a little bit,” Sami remembers. “I didn’t know if I was up for it. But then I realized, I’ve never had a female coach. No one bats an eye when there’s a male coaching a female team. But when you bring into the conversation a female coaching males, it gets a reaction. And I never understood why. So I wanted to give it a shot.”

The first day, the head coach introduced her to the group and immediately set the tone.

As the players introduced themselves, Sami was blown away by their stories. One player was from Kenya, and had never played organized soccer before. Another was also from overseas, and rarely played with an actual ball.

“It’s seeing soccer through a brand new lens,” she beamed. “It’s so much fun to watch them learn, and to get rewarded.”

It helps to have hardworking, enthusiastic players.

“I can’t get them to leave practice!” Sami says. “And when they got their jerseys, it was a huge day. Some of them were speechless, and even got a little choked up. It was the first jersey and first real team of their career.”

“I was just hoping they wouldn’t get killed,” she shares with a smile.

Thankfully, they didn’t. The score was 7–0 — they won. And they won the next one. And the one after that. They won their first four games, and five of their first six.

“The best part is, they are doing the right things. They aren’t just getting lucky for these wins. They are trying to play the right way.”

Their schedule runs through October, and Sami is focusing on finishing the season before thinking of plans afterward. She is not sure what is next — after all, it’s hard to keep a Beach girl away from California — but her coaching experience has opened her eyes to new possibilities.

“[Coaching] has made me fall in love with the sport again, like when I was a little kid. And it’s shown me something I want to do. This has made me think about coaching as a career. It’s been one of the most rewarding things for sure.”

And how about those warm-up laps? Has their fitness improved?

“Oh yeah,” she says as she bursts into laughter. “They can run forever now.” 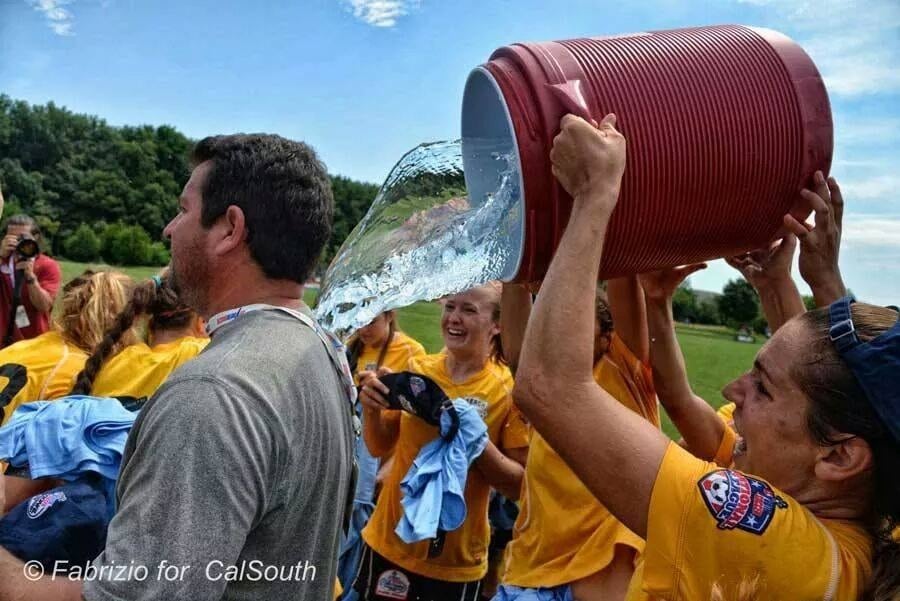