The mission of the US Soccer Development Academy is to impact everyday club environments to develop world-class players.

The Academy Program focuses on positively impacting everyday club environments to assist in maximizing youth player development across the country. The Academy values individual development of elite players over winning trophies and titles. The Academy sets the standard for elite environments for youth soccer clubs nationwide and is a part of U.S. Soccer's global leadership position in youth soccer that will impact thousands of players. 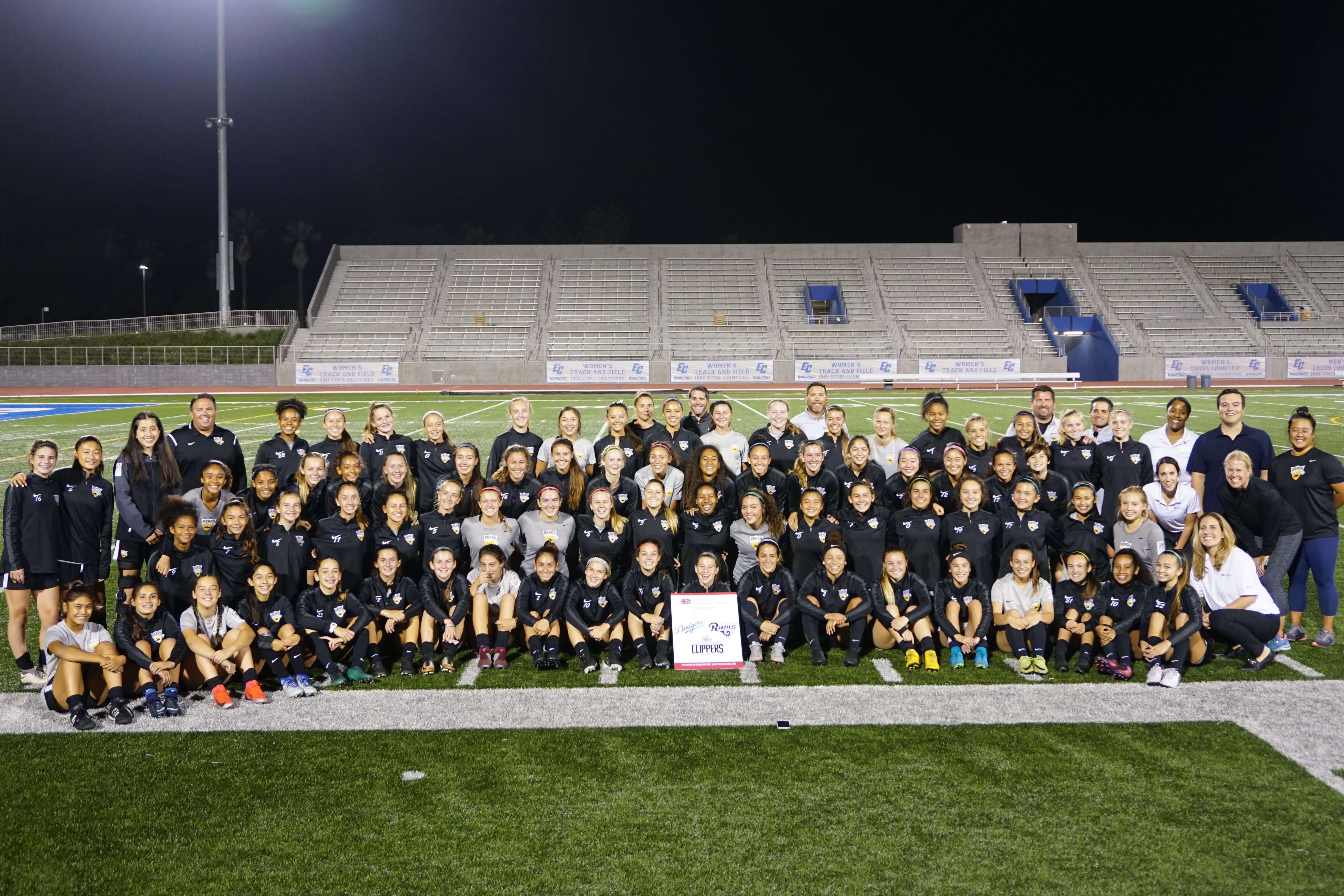 The Development Academy Program is a full-time, 10-month program. The season begins in September and concludes with Championships in July. Clubs will break from league play for periods of inactivity due to weather and the end of the season.

Each Academy team plays between 16 and 30 league games per season, including 6-9 games played at Showcases. Teams that advance from the Academy Playoffs could expect to play up to three (3) additional games.

Academy clubs can expect 12-20 away matches in a given season, some of which will require overnight travel. Exact travel distances will vary between clubs depending on their geographic proximity to their conference opponents and Academy events.

Each team's calendar will vary depending on their conference and climate. The Development Academy will provide the framework for the league structure of the program (assigning match-ups on given weekends); however, it is the club's responsibility to secure and communicate game times and field locations with Academy staff.

Connections to US Soccer Resources 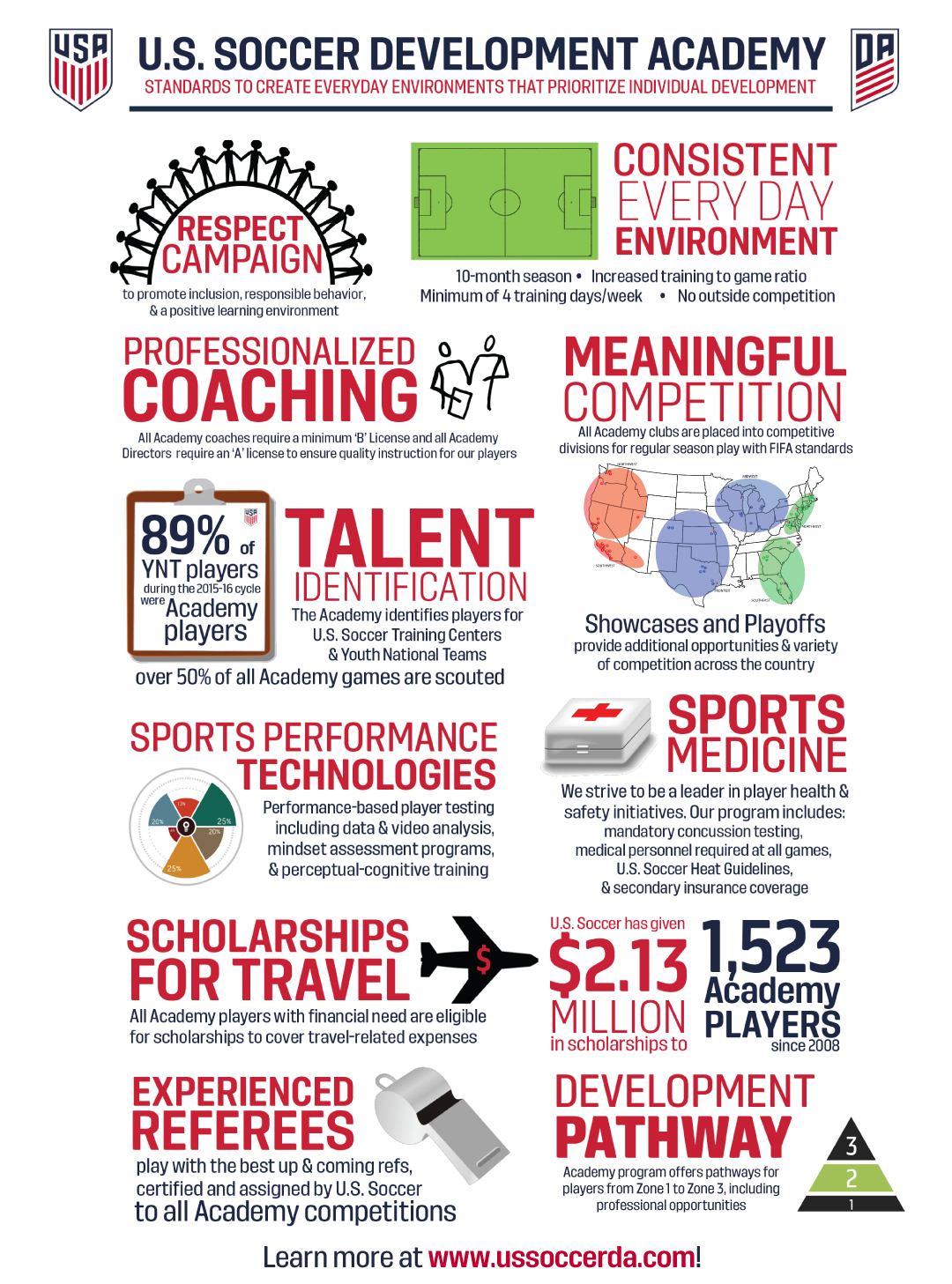